The Sales Champions Club is an annual three-night incentive programme to reward the highest performing sales staff from DHL Express.

Traditionally, it features ‘The Amazing Race’ – an interactive, against-the-clock challenge to solve clues and reach key sites around the chosen destination.

In 2018, the chosen destination was Cape Town, South Africa. In order to ensure that attendees didn’t miss out on any aspect of such a spectacular long-haul destination, we proposed to replace ‘The Amazing Race’ with ‘The Amazing Cape Town Experience’ – a money-can’t-buy sightseeing tour to take in the penguins at Boulders Beach, Cape Point by jet boat, a trip up Table Mountain by motorcycle and cable car, plus a helicopter ride along the stunning coastline.

Attendees stayed at the beautiful Belmond Mount Nelson Hotel. On the first night, we treated them to a welcome night dinner on Grand Beach, with majestic views of Robben Island.

The following day, they were split up into five groups and hit the road, sea and air for an unforgettable experience, taking-in all the major Cape Town sights.

That evening, we welcomed them back to the hotel with a relaxed BBQ reception on the Oasis Terrace, plus entertainment from the Abavuki Marimba band.

The next morning featured the conference business element, so we decided to open it by involving senior management in an on-stage Gumboot dance routine with 15 talented children.

The managers were on-stage with their backs to the audience dressed in overalls, helmets and gumboots. As the house-lights dimmed and the stage-lights brightened, they turned around to reveal themselves and began to dance – shortly joined by the children to show them how the routine was supposed to go.

That evening, everyone was led to pre-dinner drinks by a troupe of African dancers, who then also performed as the opening act of the gala dinner.

A three-course dinner saw awards handed out between courses. It was followed by an after-party.

Guests departed with a group photo, their trophies boxed, their certificates wrapped and with memories that will last a life-time.

“We believe strongly in the mantra, ‘don’t do the same, do different’. The only way to ensure that guests left Cape Town having felt as though they’d really seen it, was to provide them with a sightseeing trip of a lifetime.”

What our client says:

“Thank-you so much for another amazing SCC event. Just like the famous cherry blossoms from our base in Bonn, it comes about once a year and is equally spectacular – thanks to you!” 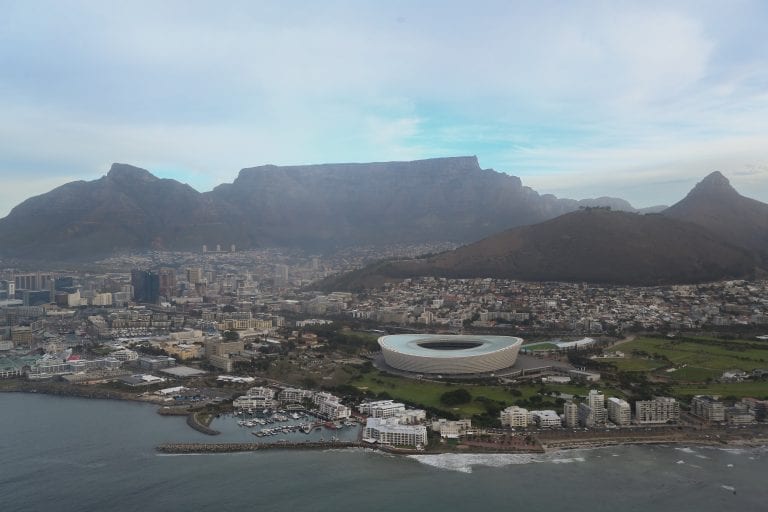