The Rachel Ley Consultancy has been producing the DHL Express Employee of the Year (EOY) programme since 2008. We therefore have a recurring creative challenge to come up with consistently unique event concepts for this annual three-day incentive.

The next day, employees embarked on a scavenger hunt, organised to donate supplies to Annivoeux – a French charity created to bring Birthday joy to seriously ill children.

While on the final day, guests were given optional tours before attending a gala evening at the Oceanographic Museum of Monaco.

The museum is located in Monaco-Ville, opposite the Princess’ palace so there is a strict 11pm curfew on all events.

We needed to produce an engaging ceremony that would see DHL present a cheque to the Annivoeux charity, and award 165 employees with their EOY trophies, while ensuring that everyone enjoyed a three-course dinner and entertainment, but had left the museum by 11pm sharp.

We opened the event with a choreographed song and dance routine to Stevie Wonder’s ‘Celebration’, which was carried out by DHL’s European Board – after we’d rehearsed them for just 45 minutes earlier that day.

To maintain energy levels thereafter, we split the 165 awardees into three groups and choreographed it so that the food service would prioritise each of the groups due on stage to collect their trophies after the following course. We then ensured that each group of 55 were lined up, in the correct order, to the side of the stage, and that the awards were handed out quickly and efficiently as time-keeping was paramount.

To move everyone from the venue to an after-party at the Buddha Bar before 11pm, we arranged for the CEO to appear in a short film of him escaping from the museum and heading to the after- party in a vintage car.

We then arranged for 40 more vintage cars to drive onto the Rock (a first for Monaco) and ferry everyone to the Buddha Bar. The excitement of being driven to an after-party, through the streets of Monaco, in a vintage car saw everyone hurry from the venue by 10.55pm.

“DHL wanted to let people know that they were part of something very special so we produced a memorable performance to kick-start the evening. It saw the energy levels in the room dial straight up to ten. Our job then was to maintain that energy throughout the event, while devising a unique way to get people off the Rock and into an after-party by 11pm.”

What our client says:

“ We would never shine in all our events if we didn’t work with you. You guys are superstars – truly.” 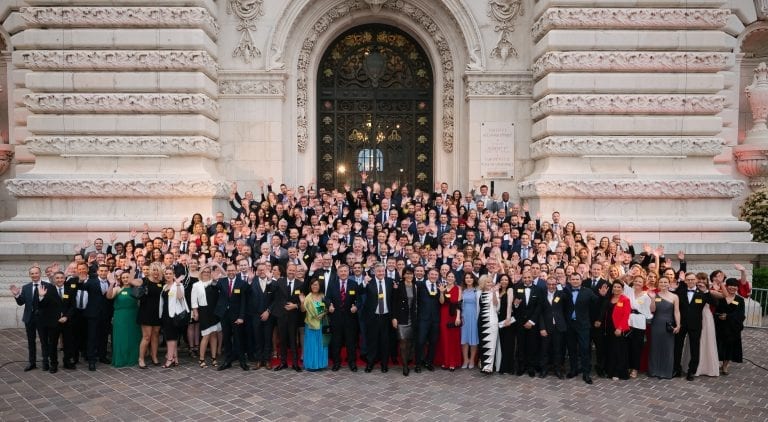